Skip to content
Home » Species Specific » So, tell me about the Yakka skink and the Ornamental snake!

With the Yakka skink (Egernia rugosa) and the Ornamental snake (Denisonia maculata) making a big splash in the news headlines of late, being unfairly vilified for the eminent collapse of an uneconomic mining proposal, It’s a good time to introduce you to them 🙂

The Yakka skink is a large skink (SVL of 20cm) found throughout much of eastern to central Queensland and into northern New South Wales. Found in woodland and rocky areas, it is a rare site throughout its range and is currently listed as ‘vulnerable’ under the EPBC and NCA acts. Like all members of Egernia it is a communal species living in family groups in hollow timber, burrows (often under rocks or logs) and deep rock crevices. It is active during the day as well as early morning and early evening in warmer weather. Yakka’s are generalist omnivorous eaters taking a variety of soft plant materials and fruits and many invertebrates unlucky enough to cross their paths. The average litter size of this skink is 6 and it produces live young. The biggest risks to this species are the reduction of suitable habitat and introduced predators. 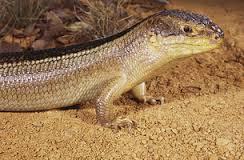 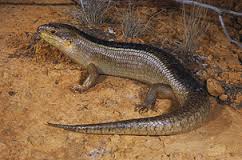 The ornamental snake is a medium sized snake (average total length of 50cm) found in central eastern Queensland. It is listed as ‘vulnerable’ under the EPBC and NCA acts. While moderately venomous and capable of inflicting a painful bite it is not generally considered dangerous to humans. It is associated with moist, low-lying areas containing freshwater bodies and/or freshwater drainage systems. This snake is in highest numbers in cracking alluvial soils, sheltering in deep soil cracks during the day. Unsurprisingly considering the habitat type it uses, it preys primarily on frogs. The average litter size in this live bearing snake is 7 and like all Australian snakes young are immediately independent. 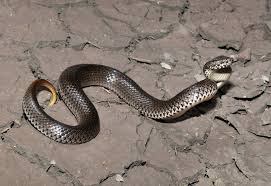 I hope I have shed some light on these unique Australian animals. Please post any further question below and I will be happy to answer them for you!